Published Author since 1991 with her first book: Contracts for Companies and Individuals by Nataša Pantović by Poslovni Biro, in Belgrade, Yugoslavia, a self legal help on Cooperative Law contracts with Dr. Miomir Pantović.

The early eMalta years saw a heavy investment by Government in its ICT infrastructure to transform Malta into an Information Society. As Management Consultant working within the MEU, in the Office of Prime Minister, Nataša worked on large number of management and HR consulting projects throughout the various Ministries and Government Institutions.

-While heading a large UK IT company (Crimsonwing, later KPMG) that has set-up its operations in Malta, I was in charge of expanding its markets in Europe, and was invited by Malta Enterprise, as a Guest Speaker to a series of presentations detailing the experiences that the large 'blue chip' companies had subcontracting their IT operations to Malta. As a woman, and an IT Executive, travelling around our little planet, my memory takes me to many venues in London, Cardif, Manchester, Milan, Brussels, Rome, Amsterdam, presenting our company's large UK IT case studies (Safeway, Banks, etc.) while at the same time promoting Malta IT, but the most impressive was the Euro-Med Summit in Marseille (France) where I was a Guest Speaker in an Experts Panel Discussion addressing Ministers and Business Heads from around the Euro-Med region with the Presentation Strategies for Growth in the Euro-Med Region Euro-mediterranean Business Summit 2006.

- After helping Father George who was living and working in Malta and Africa, help him build a school in a remote area of Ethiopia, entered the most amazing world of parenthood adopting two angels from Ethiopia as a single mother (now imagine that!). My children Ema and Andrej are my biggest Conscious Parenting teachers. They love and train basketball, play piano, act within a Music Theater Group and were Chess Champions of Malta.

- My soul is the one of a nomad and during my life-time I visited more than 50 countries, set foot on all the continents, and lived in five: Serbia, Malta, Uk, Holland and New Zealand. During my life-time I visited Rome more than 30 times and I hope to visit this magic city another 30 times, I explored all the corners of Europe: visiting Spain, France, Switzerland, Germany 20 times. My friends are from all around the globe. My home is in Amsterdam, London, Belgrade, Sliema wherever I found my heart beating the same rhythm.

AoL is a series of 9 fiction and non-fiction books written by a group of spiritual researchers of 7 authors and published by Artof4Elements.

Artof4Elements has launched the AoL Series of 9 fiction and non-fiction books with 7 Authors, focusing on consciousness research, using applied psychology tools from all over the world, researching spiritual growth tools from East and West, creativity tools and mindfulness.

Using a variety of transformation tools from other disciplines such as sociology, quantum physics, philosophy to helping people identify and achieve personal goals, AoL is a spiritual not religious endeavor that uses lifestyle-coaching exercises from various philosophers, gurus and sages of our past and present. In an interview with Joyce Strand What Experts Say Nataša Pantović Nuit says:

Believing that we are all innately divine the ''Alchemy of Love Mindfulness Training'' explores the alchemy of the soul: the preparation, transformation and initiation process as an underlining method of personal development and growth.

Artof4Elements Publisher of AoL Training is a Mindfulness Training and self-help Publisher that has launched a Series called ''AoL Mindfulness''.

Any discussion of early writing brings up the question of what IS writing? The Western civilizations' researcher will all agree that writing is a way of presenting language using alphabetic, i.e. phonetic symbols. Based on sound, rather that an image, individual letters or syllables represent this sound. The Eastern civilizations' researcher, that had various ways of writing since 5,000 BC would see symbols as writings.

Oracle bone from the reign of King Wu Ding (late Shang dynasty), 5,000 BC 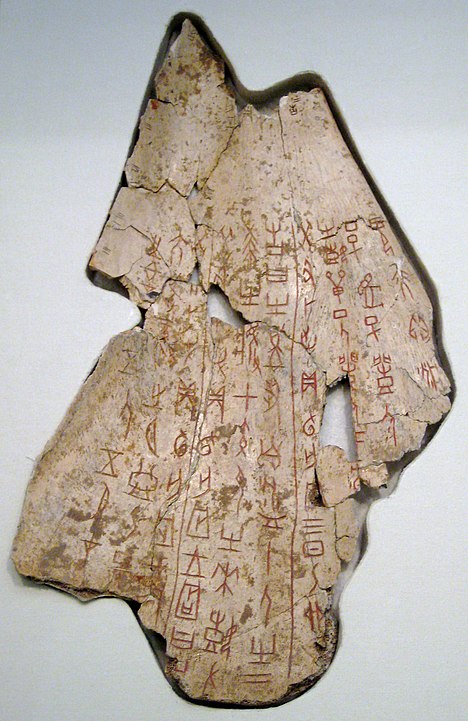 Oracle bone from the reign of King Wu Ding (late Shang dynasty) 5,000 BC

Finding “the language of the gods” based on Root Sounds or Vibrations of the Universe, in a mission of discovering this speach of the Universe, could help a man understand a meaning of a language without ever studying it. Wouldn’t that be just amazing! A man’s mind is both consciously and subconsciously capable of hearing these sounds and matching them with a symbol. For example the Arabic "Ra", connects us with the sound of Sun, as much as “Ma” connects us with the symbol of a Mother.